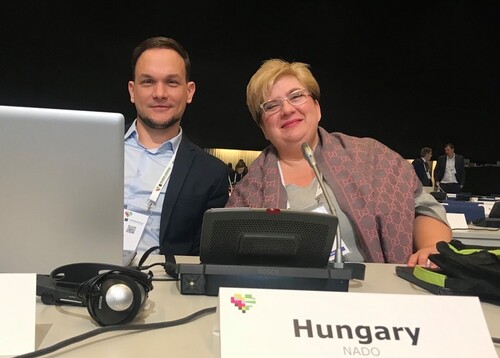 CEADO welcomes the findings of the Independent Investigation Team, chaired by Professor Richard McLaren, and congratulates HUNADO to the result of the investigation.

Chairman of the CEADO Board, Michael Cepic, stated: „I was convinced from the beginning, that the allegations made by a German broadcasting station were without basis and I am relieved from the outcome of the investigation.“

17 June 2020 - The Hungarian Anti-Doping Group (HUNADO) has been cleared of all suspicions and accusations by the McLaren Independent Investigation Team (MIIT) chaired by Professor Richard McLaren.

The Hungarian Anti-Doping Group (hereinafter: “HUNADO”) has been clarified by the report published on 4 June 2020 by the McLaren Independent Investigation Team, chaired by Professor Richard McLaren, an independent Canadian law professor who gained indefinite merit by investigating and publishing the Russian doping scandal (2016).

The investigation was based on the documentary “Lord of the Lifters” / “Herr der Heber” broadcast on 5 January 2020 by the German ARD Television, which focused on the International Weightlifting Federation but also contained malicious claims against HUNADO.

The Hungarian Anti-Doping Group, on the basis of its own internal investigation and the findings of the McLaren report on the allegations against the organization, considers the case closed and does not plan any further action, and intends to continue its high level anti-doping work in the interest of clean athletes.