Sport in Austria restarts with restrictions after Covid-19 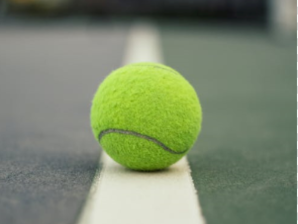 The current situation related to the Covid-19 in Austria is slowly starting to relax. A press conference with members of the Austrian Federal Government and experts from the various sectors have presented a plan to slowly move back to normal.

Federal Government and experts from the various sectors have presented a plan to slowly move back to normal. The government has announced that the doors to sports facilities will be opened again for amateur athletes from May 1 in certain areas, Football professionals and the 600 top athletes were able to start the training on April 20. The 600 top athletes include athletes of the Austrian Olympic Committee (ÖOC), 300 Army and 60 police athletes. The Austrian Ski Association alone counts up to 150 affected athletes.

The safety measures - such as keeping your distance from other athletes – keep rather bigger distances when cycling and running are basic rules as well as hand hygiene. Spectators at the sport events are still not allowed. Ghost games should be made possible in the national soccer league. All players and team supervisors would have to undergo Corona virus tests beforehand. The football clubs can begin with small group training with up to six players.

However, the league would have to ensure compliance with all applicable rules as well as the necessary Covid-19 tests stated by the Austrian Federal Government. For professional athletes the minimum distance during training must be two or more meters, or one athlete per 20 square meters.

The National Anti-Doping Agency (NADA) will increase the number of doping controls parallel to the rising training intensity in sports. Managing Director of NADA, Mr. Michael Cepic, has stated: "We were involved in the flow of information, we knew about the comeback of the high level sport and have been working since the Holy Week to increase the controls during the process.”

Despite restrictions, NADA never completely stopped testing but had reduced it significantly. Most recently, some of the NADA staff volunteered to help with corona crisis measures, such as by supporting Covid-19 tests. The possibility that some of the NADA personnel - as most recently for the crisis team - will carry out Covid-19 tests for the Austrian Football League is rather unlikely from a resource and legal perspective. The number of staff is not the only limitation to conduct both doping controls and Covid-19.